WHAT IS BOILER WATER TREATMENT

Boiler water treatment is a type of industrial water treatment focused on the removal or chemical modification of substances potentially damaging to the boiler. Varying types of treatment are used at different locations to avoid scale, corrosion, or foaming. Steam is required by many industrial and municipal operations used to drive turbines or engines, supply heat and process certain materials. A boiler is a closed vessel with an arrangement of drum vessels and tubes with a furnace or other heat source to generate the steam.

External treatment of raw water supplies intended as boiler feed water focuses on removal of impurities before they reach the boiler.

Internal treatment within the boiler is focused on limiting the tendency of water to dissolve the boiler, and maintaining impurities in forms least likely to cause trouble before they can be removed from the boiler in boiler blowdown. 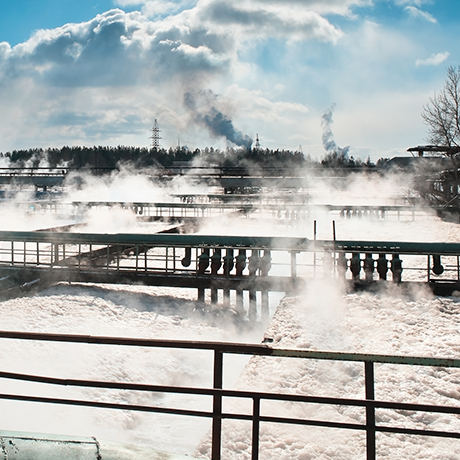 THE STEP BY STEP PROCESS IN STEAM GENERATION IN BOILERS

A typical boiler has a lower drum/vessel known as the mud drum and an upper drum/vessel called the steam drum. These two drums are connected by a series of tubes where water is circulated. The tubes closest to the heat source are called raisers, and they circulate water from the bottom mud drum to the top steam drum where steam is generated. The tubes away from the heat source are called downcomers, and they circulate the water back down to the mud drum. As steam is removed from the boiler, an equal amount of fresh pretreated water replaces the water removed as steam. 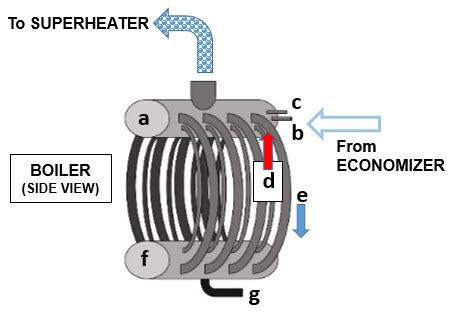 Deposits in a high pressure boiler can be catastrophic causing incorrect heating (hot spots) which can cause metal failure: deposits on turbine blades can cause loss of balance disrupting electricity generation. 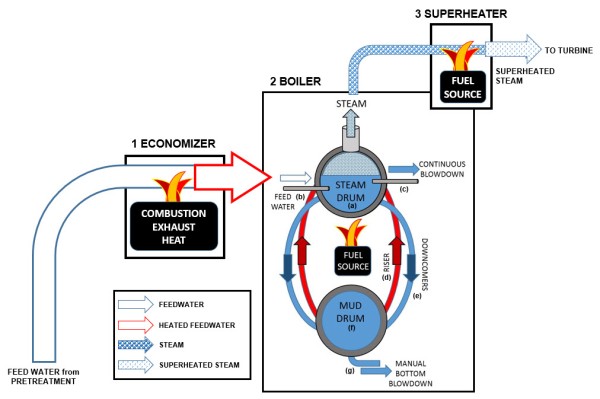 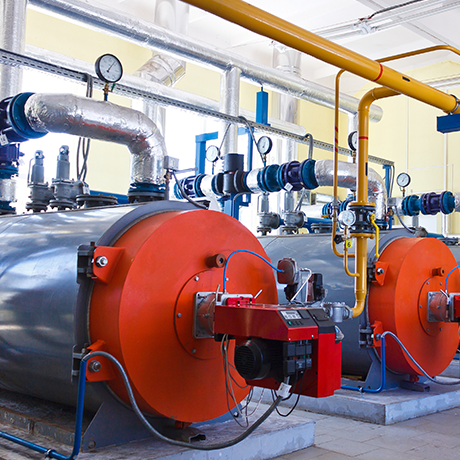 Brenntag offers many products to properly treat boiler water issues such as scaling, corrosion, or hardening including: