Phosphates have been used for over sixty years to improve drinking water quality. Originally, they were added to well water to sequester iron, manganese and other naturally occurring minerals. In the early 90s, the Lead and Copper Rule provided a new avenue for phosphate use: the reduction of lead and copper through corrosion inhibition.

Polyphosphates sequester naturally occurring minerals in the water, such as iron, manganese and calcium. The polyphosphate ties up, or sequesters the mineral. In this way, the mineral remains in a clear, soluble state, instead of reacting with chlorine through oxidation and causing red or black water.

Learn more about AQUAPURE® PHOSPHATES from Brenntag by contacting us today!

Certified to NSF Standard 60 quality parameters, Brenntag manufactures at multiple production locations throughout the US. Our emphasis on product performance, responsive service, and competitive pricing provides the water utility a complete package of product and services to meet its needs.

Brenntag manufactures the AquaPure Product Line by blending (reacting) polyphosphates and orthophosphates together. Based on the customer’s water quality, a specific blend and dosage rate is selected to achieve the desired product performance. 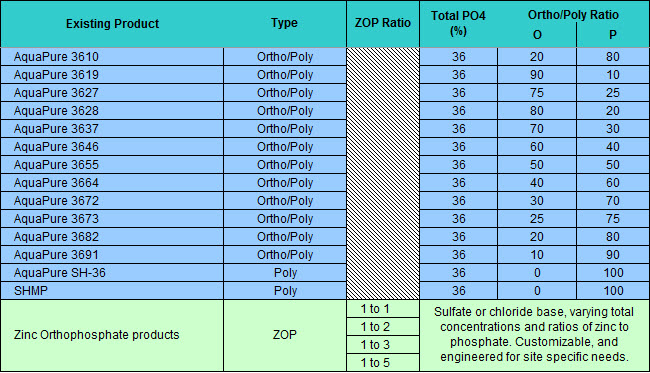