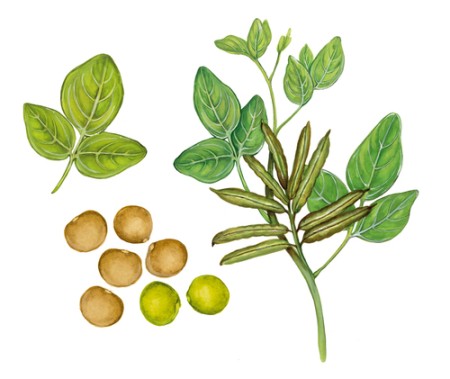 As advised last time the prices for Guar were softening and over the week have softened to a new low. Pre-monsoon showers have started in India. The IMD in its last view has indicated that the arrival will be more or less timely. With the drought in the last two years.

The monsoon rains this year are very critical for Indian agriculture. There is a lot of time still for the monsoon arrival to the Guar growing regions in the Northwest part of the country. So nothing can be predicted now. A lot of factors will play a role for the Guar sowing this year. The continued low demand and prices last year, the increasing cost of cultivation, the prices of other crop options and the time of arrival of the rains.

The Oil prices rally also does not seem to have sustained itself after the brief spurt as the Oil industry itself is facing a poor demand against increased supply. Oil producing nations are trying to offset their losses due to low prices by way of increased volumes.

There are no concrete indicators of recovery in the economic scenario the world over and regulatory bodies of almost all countries are trying to control the situation by adjusting banking rates. The food industry demand is coming in , but as stated last time, the demand from the food industry is just a fraction of the processing volumes now available with the Guar industry in India.

We will keep you updated regarding the market situation as it develops.