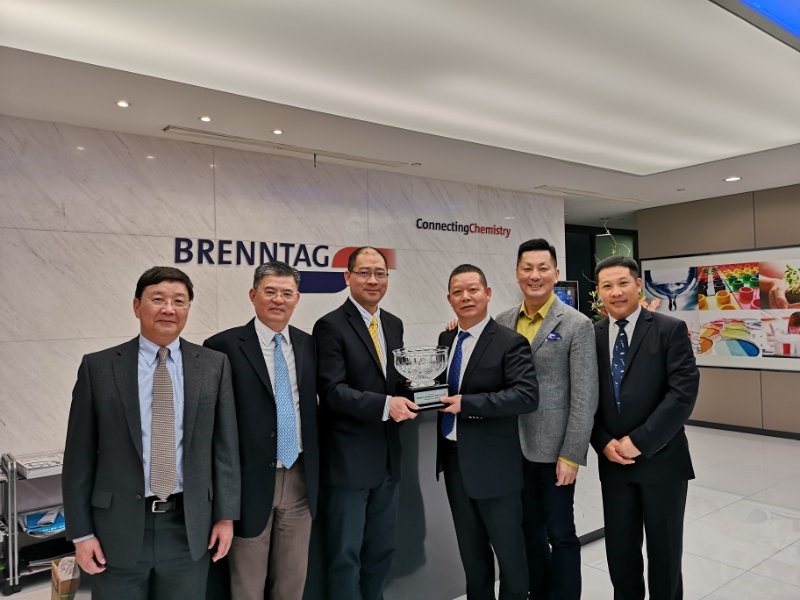 The 2018 BASF EVI Department APAC Distributor of the Year Award has been given to Wellstar H.K., a subsidiary of Brenntag, to award Wellstar`s achievements in China in 2018.

The cooperation between Wellstar H.K. and BASF EVI Kaolin projects has been more than 20 years since the 1990s and in which Wellstar has won the award as the best distributor repeatedly. In 2018, due to the acquisition of AKZO's latex paint cooperation project in China, the total sales volume doubled, exceeding 20,000 tons, and the total sales amount exceeded 10,000 kilo-ohms, setting a new high for the project.